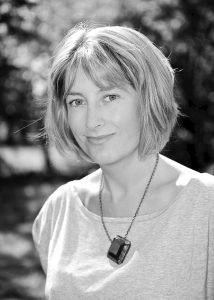 Bluemantle Films is headed by critically acclaimed film-maker Claire Ferguson, who brings over 20 years of industry experience to documentary. With a passion for storytelling, Claire has worked across everything from rock & roll icons to social justice, from James Bond to the environment.

She has extensive experience in music-based documentaries including directing The Concert for Bangladesh Revisited with George Harrison and Friends and The Beatles in Help! for Apple Corps. In 2017 she directed the Grierson-nominated documentary feature Destination Unknown, about Holocaust survivors, which received 5 stars from The Guardian, and was listed as one of its top ten feature documentaries of the year.

Claire also works as a tutor at the National Film and Television School.